A chance to record all those rumoured projects Although the first season isn't even shown it seems Sean will join the cast for the second season.

This TNTDrama Sets seven years after the world has become a frozen wasteland, Snowpiercer centers on the remnants of humanity, who inhabit a gigantic, perpetually-moving train that circles the globe. Class warfare, social injustice and the politics of survival are questioned in this riveting television adaptation.

Deatils about Sean's character are "being kept under wraps."
Although he will be a series regular.

The production on the second season is reportedly underway.. 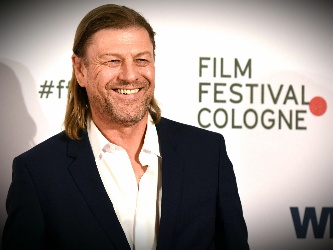 Thanks for the info! I must say that sounds like a very strange premise.

The TV series looks like it is based on a movie from 2013 that had some good actors on board (excuse the pun) -- John Hurt, Ed Harris, Tilda Swinton: Good news that he will be in another series! Today I was just wondering about what he would do after World on fire. But we can see him in a series again mid 2020

Live your own life and never give up!
Top I am so happy that Sean is already filming something new and this sounds interesting!
Top

Is this maybe why he is in Canada? They could do a pretty authentic "frozen wasteland" in the northern parts.
Top
Post Reply
5 posts • Page 1 of 1

Return to “IN THE PIPELINE”